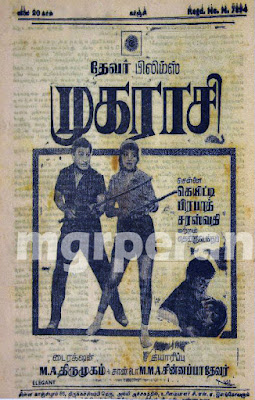 Mugaraasi (transl. Luck of Face) is a 1966 Tamil language drama film, directed by M. A. Thirumugam. Based on G. Balasubramaniam's play Moondrezhuthil En Moochirukkum, the film features M. G. Ramachandran and Gemini Ganesan in lead roles. The film, produced by Sandow M. M. A. Chinnappa Thevar under his Devar Films banner, had musical score by K. V. Mahadevan. The film ran for 100 days. 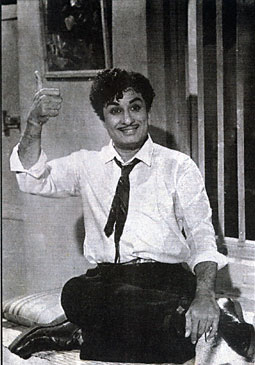